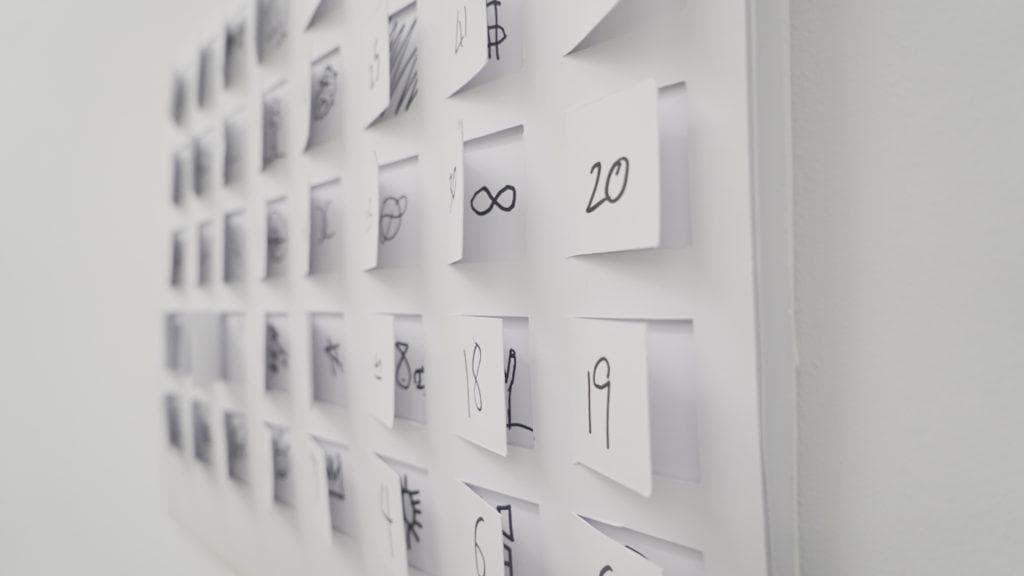 This social engagement is about symbol collecting from random choosing people on streets in different age ranges. This project is focusing on how people recognise symbols by their intuition.「以當前的事物為媒介，把預見未來事情觀念與對過去事情的觀念連結起來的認識能力，就是『標記能力』。由此聯結所引起的心靈動作就是標記。它也被稱為標幟，更大的程度是標誌。」 - “Symbols are used widely in everyday life as a kind of visual language – (by communication.matters)”. It represents symbols are individually having their own meaning, culture and history itself. Meanwhile, everyone has their own cognition on symbols as well.

Commonly, the usage of symbols are based on people’s already known experiences. We use symbols to describe a lot of particular meanings. As a result, I would like to provoke the participants as invite them to create a symbol on something very abstract, such as “Future”. Basically I have some reasons of picking up the term “Future” as the collection. Mainly, the term “Future” is against the convention of symbols. As it is a mostly unknown and unpredictable situation. Then, this word cannot be described by simple and individual emotion, objects, issues, sound and words. It can be a hope, a wish, a fact and even other possibilities. At the same time, people can have a vary possibility on their symbol defining. People can process their imagination as to make descriptions by symbol. Linkage with their family, career, personal identity and the society. I believe that the signified and signifier will be affected by their recent matters. It just like combining the present and future. “Future” and “symbol”. If there are no symbols can exactly representing the unknown of Future, What would they draw?

First of all, I have prepared a 60x42 cardboard and a canvas. It is made as pull-out cardboard as to make sure the individuals would not be mutually affected. Therefore, I have invited people to participate in the streets. They are being given the term “Future” to create symbols. They are also being requested to write their ages on the top of the cardboard.

There are some similar symbols in similar ages. For example, There are two participants age ~ 40 - 50, they use a “Cloud” drawing to represent their future. There are also similarities in around age 35 - 39 as well. Some of them have given a “?”, as to represent their future. Those yellow circled symbols are drawn by ages ~ 30 - 39, there are a similarity of circle-liked, spiral-liked and infinity-shaped symbols. Some of them straight a line between the shape. Unexpectedly, there are a lot of elderlies refusing to draw the symbol. They told me that they can’t draw and don’t know how to write. A few people told me they think it is very difficult. Also, some of the participants had shared their story and background. They told me about the meaning of the symbol. I remember a primary school international teacher had drawn a crying faces. He shared some story about Hong Kong students. I have never thought he had made the symbol as what I have expected that the symbol would be affected by the individuals’ environment in their own circumstances.